Christian Voices announce that their next play will be “Justice from the Judge” and is based on the parable of the persistent widow.

A widow is wronged and seeks justice from a corrupt Judge who does not respect or fear God. She will not stop asking the Judge until she is given justice.

The play was written by Alan Young, the songs composed by Dave Chamberlin and directed by Jac Young. 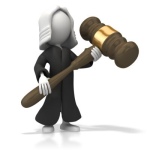 The play will be performed at:-

As usual, admission is free, but any donation given at the end of each performance will be in aid of Epilepsy Sussex, who are a group run totally by volunteers.

They offer support for people suffering from epilepsy and for their family and friends. They work closely with local Consultants and Epilepsy Nurses.

Epilepsy Sussex is Registered Charity 1113429 and more details about the activities of the organisation can be found at their website.

Christian Voices is a Musical Drama Group that retells the Bible stories of the Old and New Testament. The members of the group are people from different churches. The script and the songs are based on bible stories and are written by the members of the group. The Group aims to perform two musical plays a year at five different venues.
View all posts by christianvoicesbexhill »

This site uses Akismet to reduce spam. Learn how your comment data is processed.